Does This Approach Affect Infant-Parent Attachment? 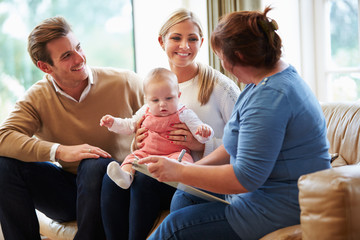 Does This Approach Affect Infant-Parent Attachment?

It is vitally important, before discussing attachment theory and its influence, to define it. There has been significant confusion about the meaning of the term since the introduction of the “attachment parenting” philosophy, but they’re two completely different things.

“Attachment parenting,” a term coined by Drs. William and Martha Sears which refers to a specific parenting approach advocating, among other things, baby-wearing, bed-sharing, and breastfeeding on demand.

The popularity of Dr. Sears’ book has caused some confusion about the differences between this parenting style and the scientific notion of attachment theory1, and because of Sears’ adherence to co-sleeping, nursing on demand, and responding immediately to a baby when they’re fussing, it’s easy to see how some parents arrived at the conclusion that disregarding these tenets by helping their babies learn to sleep independently could damage the “attachment” between a baby and their caregiver. But again, attachment theory and attachment parenting are in no way related to each other in anything other than name.

Alan Sroufe, a developmental psychologist at the Institute for Child Development at the University of Minnesota, defines attachment as “…a relationship in the service of a baby’s emotion regulations and exploration. It is the deep, abiding confidence a baby has in the availability and responsiveness of the caregiver.”2

At its origin, attachment theory was developed by British psychologist John Bowlby, and greatly expanded upon and tested by American psychologist Mary Ainsworth. In its current understanding, it states that there are four categories of attachment between a baby and their caregivers: secure, insecure-avoidant, insecure- resistant, and insecure-disorganized.

Children with a secure attachment to their primary caregiver feel safe expressing distress or discomfort, and will explore unfamiliar areas around them confidently so long as the caregiver is nearby. They tend to become distressed when their caregiver leaves the vicinity, but respond positively when they return.

Studies from the Minnesota Longitudinal Study of Risk and Adaptation over a 35-year period found that infants who fit the “secure attachment” criteria were more independent later in life, had higher self-esteem, better relationships with their parents and siblings, and displayed greater coping skills, social skills, and leadership qualities than infants in the other three categories.3

That’s not to say that attachment is the single most important factor influencing the parent-child relationship, but it’s certainly important.

Allan Schore, a developmental neuroscientist in the Department of Psychiatry at the UCLA David Geffen School of Medicine defines attachment theory as, “essentially a theory of regulation.”

“Insecure attachments aren’t created just by a caregiver’s inattention or missteps,” he says. “They also come from a failure to repair ruptures. Maybe the caregiver is coming in too fast and needs to back off, or maybe the caregiver hasn’t responded and needs to show the baby that she’s there. Either way, repair is possible, and it works. Stress is a part of life, and what we’re trying to do here is to set up a system by which the baby can learn how to cope with stress.”

From this perspective, one could easily argue that the Sears method of responding immediately to a baby’s cries and keeping them nearby at all times could actually be detrimental to their development. Again, if attachment parenting is the approach parents feel most comfortable with, it’s absolutely their right to do so, but like any other parenting style, it has

its potential disadvantages if adhered to too stringently without taking the individual baby’s needs and personality into account.

On the other hand, given all of this information, it’s easy to see how parents could look at a traditional cry-it-out approach to sleep and see it as potentially damaging to the attachment their baby shares with them. However, I want to reassure

you that I will never ask you to leave your baby for prolonged periods of time without offering support and comfort. If I was

advocating leaving your child to cry regardless of the length of time or the severity of their crying, it would hardly be a service worth paying for.

I greatly understand and respect your concern for your baby’s well-being, and I want to assure you that the approach we’ll be taking with your little one will allow to you stay close to them, offer comfort, reassure them of your presence, and respond to their needs while they gradually learn to fall asleep independently. I absolutely encourage you to remain present and responsive throughout the process, and will never ask you to do anything that could damage your relationship with your baby.

That’s not to say that there won’t be any crying involved. There most likely will be, and I understand how difficult it can be to allow your baby to cry, even for short periods of time, and even if you’re nearby and offering comfort and support. When our babies cry, our natural instinct as parents is to prevent it as quickly and effectively as we’re able.

This impulse to stop a baby’s crying can prompt parents to utilize whatever method of distraction or soothing has proven most effective, such as nursing, rocking, or offering a pacifier, and while that might stop baby from crying, it likely hasn’t addressed the issue that caused baby to start crying in the first place.

As Magda Gerber, noted child expert and founder of Resources for Infant Educarers [sic] said, “An anxious and irritated parent will most likely do what brings the fastest relief – give the breast or bottle. The baby almost always accepts it, calms down and often falls asleep. Of course, this is the right solution if the baby is hungry. However, if the baby has other needs (for instance being tired or having pain), she will learn to expect food in response to these other needs, and grasp the breast or bottle even though she is not hungry.”

“When a baby cries about something that’s not actually threatening,
or something that is an unavoidable annoyance, she’s engaged in a natural and important endeavor. She’s having some feelings, and telling you about them.”

So if and when baby cries, I wholeheartedly encourage you to respond. Check to make sure they’re fed and warm, and that all of their basic needs are met. Watch them to see if you can discern any other source of discomfort or a pressing need. If you feel confident that baby’s only reason for crying is that they’re having trouble getting to sleep, then you’re well on your way to solving this issue by helping them to learn how to fall asleep independently.

Your baby’s attachment to you doesn’t rely on being next to them at all times, or rushing to their side every time they feel frustrated or challenged. It is a product of consistent, reliable parenting, loving reassurance, and confidence that you will keep them safe, secure, and protected. Opportunities to assure , comfort, and encourage your baby will present themselves several times every day, I guarantee you, and when everyone in the family is well-rested, we’re more patient, more engaged, and better able to provide the love and support that are the true foundation of a secure attachment with our children.